Linked and Partner enterprises are terms used by HMRC to define the nature of a relationship between companies with common shareholders. If you have common shareholders in your company, it’s important to understand how these work, as it may have an effect on whether or not you’re able to recover your R&D costs at the more beneficial SME rates (19%-33%), or at the lower RDEC rate (10.5%). We’ve translated the HMRC language to make it easier to understand how HMRC would categorise your relationships.

Linked enterprises are defined as those in which one enterprise is able to exercise control, either directly or indirectly, over the affairs of another . Put simply, where a company has a majority (greater than 50%) of the shareholder’s voting rights in another enterprise, it is considered “Linked”. Though this is the most common method of determining whether a company is linked, there are actually several “tests of control” to determine whether one enterprise directly or indirectly controls another. For example, having the right to appoint or remove the majority of the members of the administrative, management or supervisory body. These tests of control would need to be applied to each company’s specific circumstances and are a topic in and of themselves; we will delve deeper into these “tests of control” in future articles.

For cases where a company has a linked enterprise, you need to aggregate all linked company figures to assess eligibility. So you would combine the entire turnover, balance sheet total and employee numbers of all enterprises when assessing eligibility.

A company is considered a partner enterprise when one entity owns over 25% of the capital or voting rights in the other, but the two are not linked (as above). In cases where a company has a partner enterprise, a relevant proportion of their figures must be included when assessing its position against the eligibility criteria. For example, if a company has a 30% corporate shareholder, it would include 30% of the shareholder’s turnover, balance sheet and employee totals.

To illustrate these differences, here is an example: 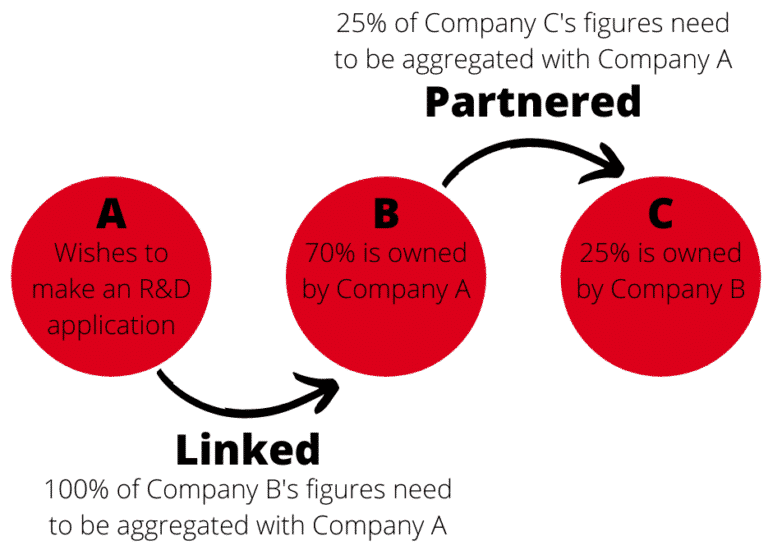 An autonomous enterprise is any entity that is not considered partnered or linked. As such, a company is autonomous if another company owns less than 25% of its shares, or if it owns less than 25% of another company. There are some specific instances in which a company may still be considered autonomous, despite an enterprise exceeding the 25% threshold. For example, if a venture capitalist firm or institutional investors own more than 25% of the shares, but less than 50%, a company could still be considered autonomous and thus not need to consider the figures from the other entities (providing they are not linked to one another). The relaxation of the 25% threshold is limited to cases of specified investment enterprises that play a positive role in business start-up and financing . See the Company Eligibility page on our website for more examples of entities which enable a company to retain its autonomy.

Eligibility is a complex topic and whilst we have not exhausted all of the nuances, it has hopefully served to clarify the main differences between autonomous, linked and partner enterprises. Of course, if you are exploring an R&D tax credit application with Apogee, we will do all of the necessary eligibility assessments for you, so you can feel safe in the knowledge that you’ll be getting the best recovery through the correct avenue. If you’re unsure of what category you’ll fit into, get in touch; we’re here to help. 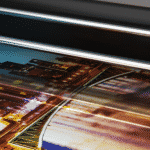 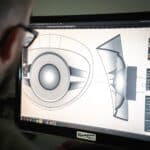